On April 5th we celebrated Chet’s fourth month of life. The past month has brought about a lot of fun changes in our (not so) itty bitty baby.

I’ll start with the fun stuff: numbers. Chet went to the doctor on Monday.

He is definitely growing and filling out. We call him our little brick. I don’t know how else to describe him. He is a brick: solid, strong, sturdy body. The doctor also spotted his two front bottom teeth. She thinks they will be breaking through sooner rather than later. He got a happy, healthy stamp of approval from the doctor.

Other fun accomplishments this month:

We still have our baby moments on occasion, but he is such a happy baby (that loves to be held!).  He manages to occupy every moment of our time when he is awake but with such a cute smiley face, I don’t mind giving into all his wants and needs. There is no “I’ll cook dinner while he plays in his bouncy chair” or “I’ll flip a load of laundry while he is on our playmat” in our house. When Chet is awake, he demands attention. Now that he is sleeping happily in his crib, he can have 100% of my attention. Cooking and cleaning can happen during nap time. (We sure have come a long way in 4 months!!!)

Our biggest accomplishment for the month happened on his four-month birthday. Chet is officially sleeping in his crib 100% of the time since Saturday. He’s napping is his crib at home and at Grandma’s house. He has also turned into an awesome night-time sleeper. We put him to bed between 7 and 8pm. The nice thing about him sleeping in his crib is that it has allowed me to create a nighttime routine for him. When I notice that he is getting sleepy, I will change him into his pajamas, read him a book, nurse him, and then put him in his bed with his songhorse. Saturday night consisted of one feeding at 5am. Sunday night had one feeding at 2am. Last night Chet slept all the way until 6:30am. HOLY MOLY! I don’t even know what to do with myself today. He has never slept so well. I guess he was ready for his crib (It’s about time I did it since I talked about it in his 3 month update too!)

Now that Chet is a crib sleeper, I am trying to reserve his crib for sleeping only. It’s no longer our staging area. I used to put him in his crib so I could brush my teeth or go the bathroom. While we are new at this, I think I will feel more comfortable keeping it for sleeping only. So….we moved our monthly photo shoot to the floor. I’m now taking his photos on his baby quilt. 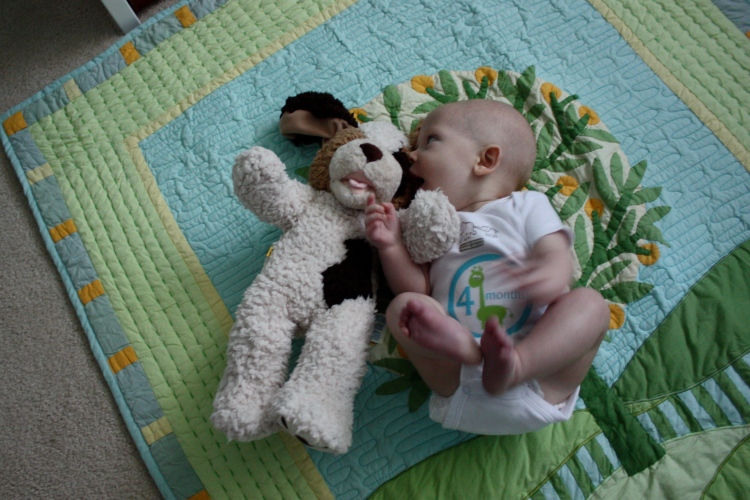 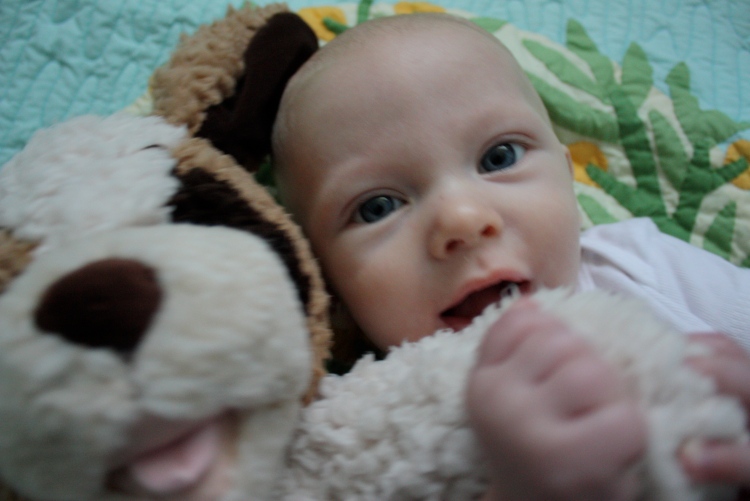 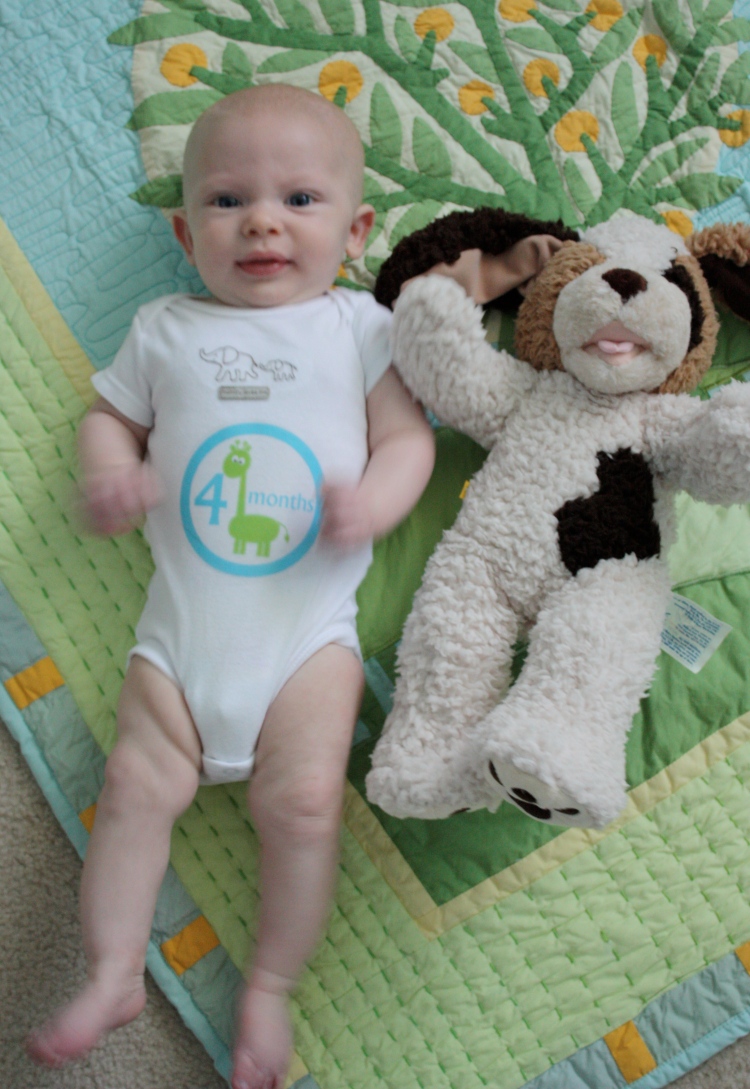 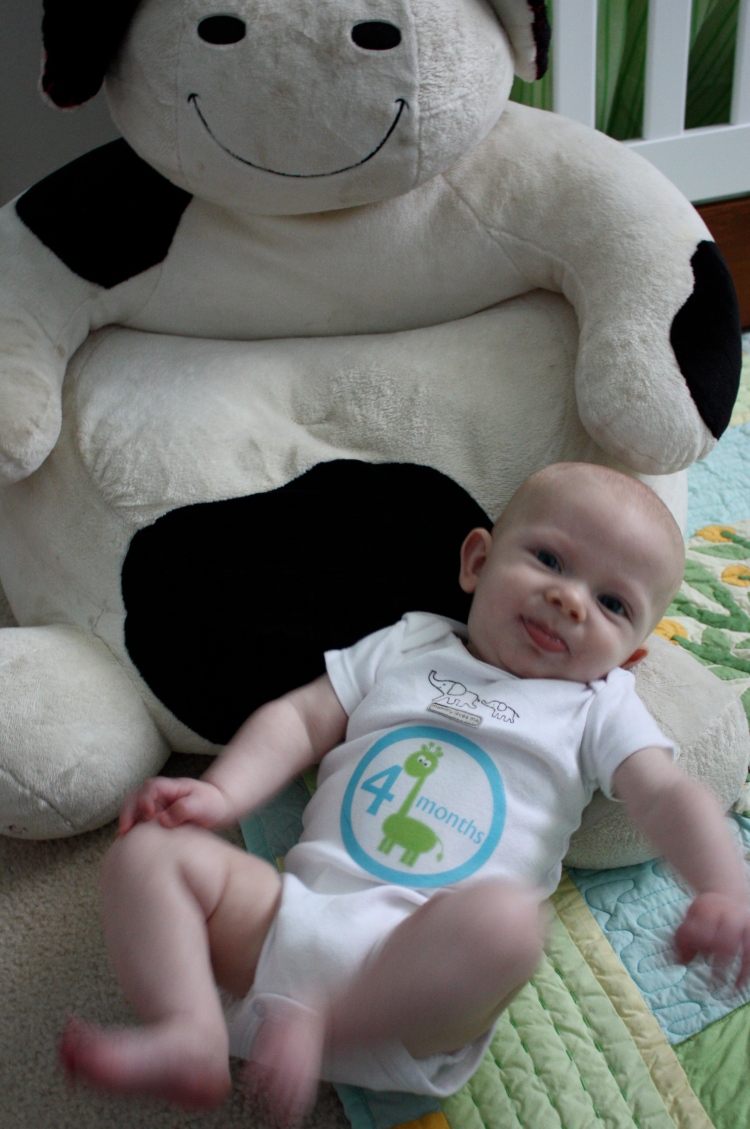 Now that Chet is a mover and a shaker, monthly photos are getting interesting. Stay tuned for some funny outtakes.

Want to see how he has grown? Check out…