I did everything right going into this race. I only missed one training run. I was hydrated. I was relaxed. I rested my legs. I wrote down my goal times the night before the race, and it felt like a no brainer. There wasn’t a doubt in my head that I was coming home with a 1:xx finish time.

Race morning went smooth. I was joined by friends JP and Meagan, and Christian dropped us off at the start. Everything went according to plan. I had my goal times written on my hand. I was ready to run.

As I crossed the start line, I focused on staying controlled. By mile two, my stomach was telling me it had other plans for today. My mind shifted from running to finding a portapotty.

Just after mile 3, I found a portapotty. A quick stop and my stomach felt better. I was back to running. Christian was up ahead at mile 5 so I shifted my focus to finding him. By the time I saw him, my stomach was rebelling again. I took some Gatorade from him in hopes of some relief but no luck.

Another portapotty stop at the mile 6, and I knew my race plan wasn’t happening. It didn’t feel any better after my bathroom visit. I walked ahead, and found my running coach just in front of the 10k marker. We chatted for a few minutes. I considered dropping out, but after only a moments hesitation, I knew I needed to finish.

Christian stuck with me at this point. I ran walked. We chatted. He kept my spirit light with lots of inappropriate humor about my race turning to crap.

As we approached the Wright Brothers Memorial, sadness took over. I was disappointed, but I felt even worse that I let people down. Lots of people made sacrifices for me so I could run my perfect race. I still feel guilty. I cried which is not an easy thing to do while running and battling stomach cramps.

At this point, I came across another local blogger Reading Runner Girl. She saved me from feeling too bad about my race. We chatted for a while before she went ahead.

I said goodbye to Christian just before mile 10 when the roads turned to trails. The whole time I was running (and walking. And using the bathroom), I told myself I would still race the last 5k. I could at least push myself there. When I hit he trails, I tried but my stomach didn’t respond well. I was back to run walking. Fortunately the trails were beautiful. Seriously, the trees were gorgeous. If I had my phone with me, I would have taken photos and finished 10 minutes later. 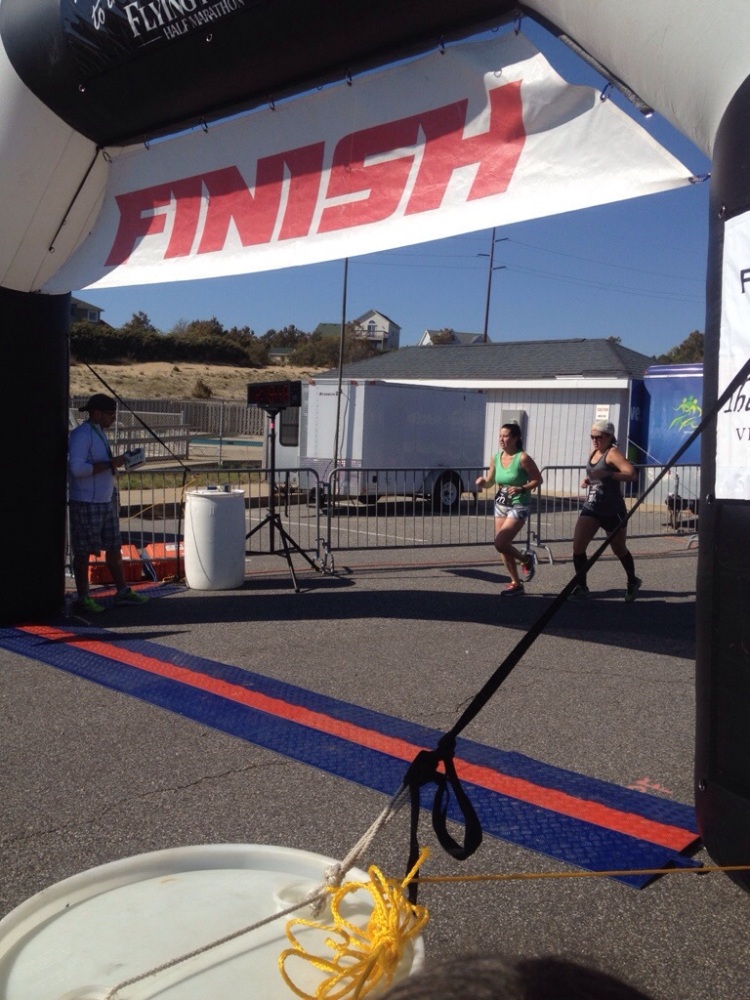 With friends surrounding me post race, there was no need to feel disappointed in my run. Bad runs happen. Shamrock half was a huge success. Cherry blossom 10-miler was another surprise success. The Flying Pirate half just didn’t workout. When you run races year round, some of them won’t go according to plan. They all can’t be perfect. I know that one bad race doesn’t define me as a runner, and it certainly doesn’t impact my goals for the future.

Am I disappointed the day after the race? Yes and no. It’s hard to run a race below my potential. I want a do-over. My “fight for your race” attitude disappeared at mile 6. I do wonder what I could have accomplished if I had stayed engaged with my run instead of giving in to my stomach issues. These are all lessons learned for another race. I am glad that I wasn’t stupid on the race course. I finished healthy, and now I get to start my summer race season. It’s time to focus on speed and short races, and I’m starting the summer healthy! That’s a huge win for me!

On to the next race! 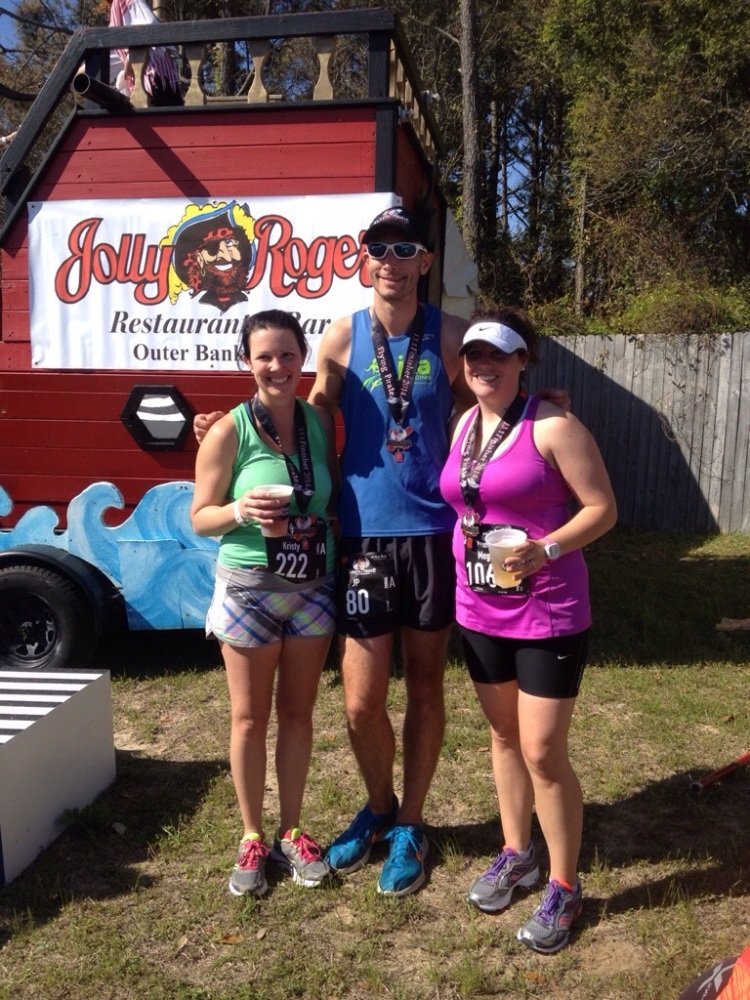 Finally made it into my 30s. Life is simple, rewarding, and full of lessons to be learned and goals to achieve. View more posts