According to Merriam Webster, Luscious is by definition:

1
a : having a delicious taste or smell : sweet b archaic : excessively sweet : cloying
2
: sexually attractive : seductive, sexy
3
a : richly luxurious or appealing to the senses b : excessively ornate
According to Cole, this creation of his is luscious: 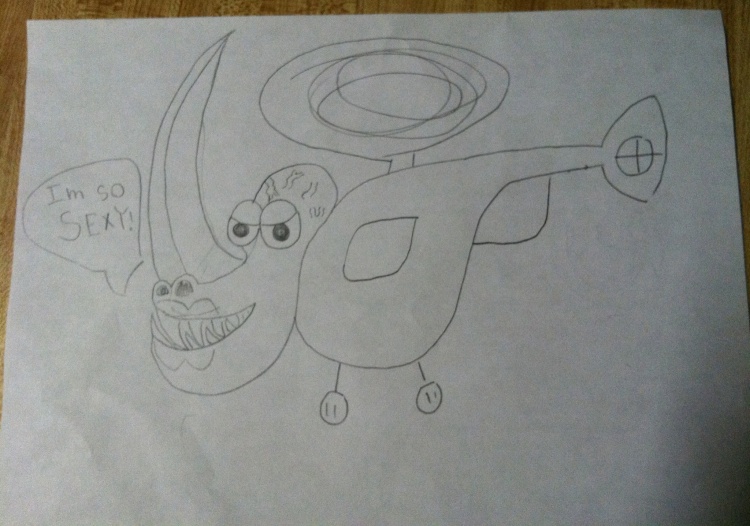 He created this dragon-like creation at my parent’s house last night while I was at yoga. When grandma asked why it was luscious, Cole responded by saying
Can’t you see the lips. They are luscious.
Concerned Mom? Maybe! Cole has been tip toeing around “sexy” conversations a lot. He’s made reference to private body parts a lot lately. He’s talked about Christian and I coming together to make an egg to form a baby (not sure what or who is this source of information, but I’ll take it!). I think it might be time to have a 7-year-old version of THE TALK! He already knows how babies come out. I’m just waiting for him to ask how they get in, and I’m much rather be the one who delivers the news then other kids at school or television.

One thought on “Luscious”