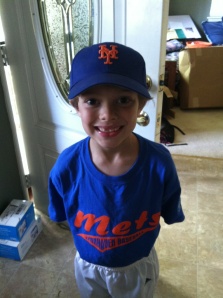 Baseball season is coming to an end in our household. The regular season has ended, and the playoffs have begun. Final rankings were emailed out over the weekend. Cole’s team, the Mets, is ranked 8th out of 8 teams. Tonight was game 1 of the playoffs. The #1 ranked team played the #8 ranked team.

All day I have dreaded this game. It started to rain, and I crossed my fingers that the entire game would get rained out. I did not feel like sitting at the ball field watching Cole’s team get clobbered by the As.

Cole’s team showed up to the ball field tonight ready to play baseball. They played with everything they had tonight. They hit base hits, RBIs, and home runs. They caught pop flies. They held them to zero runs for several innings. They didn’t care about numbers or stats or rankings. Cole’s little team of misfits (who have been slowly gaining momentum as the season has progressed) gave the As a run for their money tonight.

As I watched Cole’s team come together on the field, I became more and more embarrassed about my own attitude about going to the game. Shame on me for counting them out before the game even began. I know better. These boys play baseball because they love the game. Their coach has done a great job of keeping the game fun all season long. When you show up to play, to do your best, and to have fun, sometimes everything just works. Sometimes all the ingredients work, and the team (or the runner) does make the perfect cookie.

They didn’t win tonight, but they sure did play good baseball. Every single one of them. 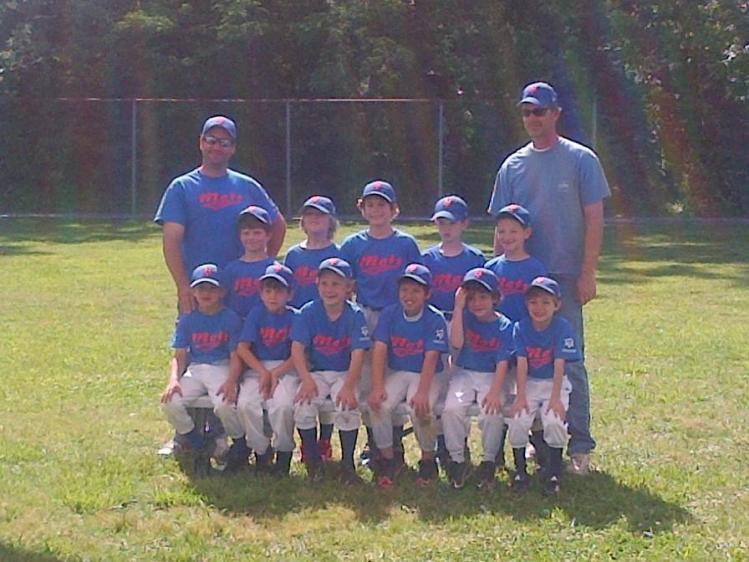 3 thoughts on “Batter Up”